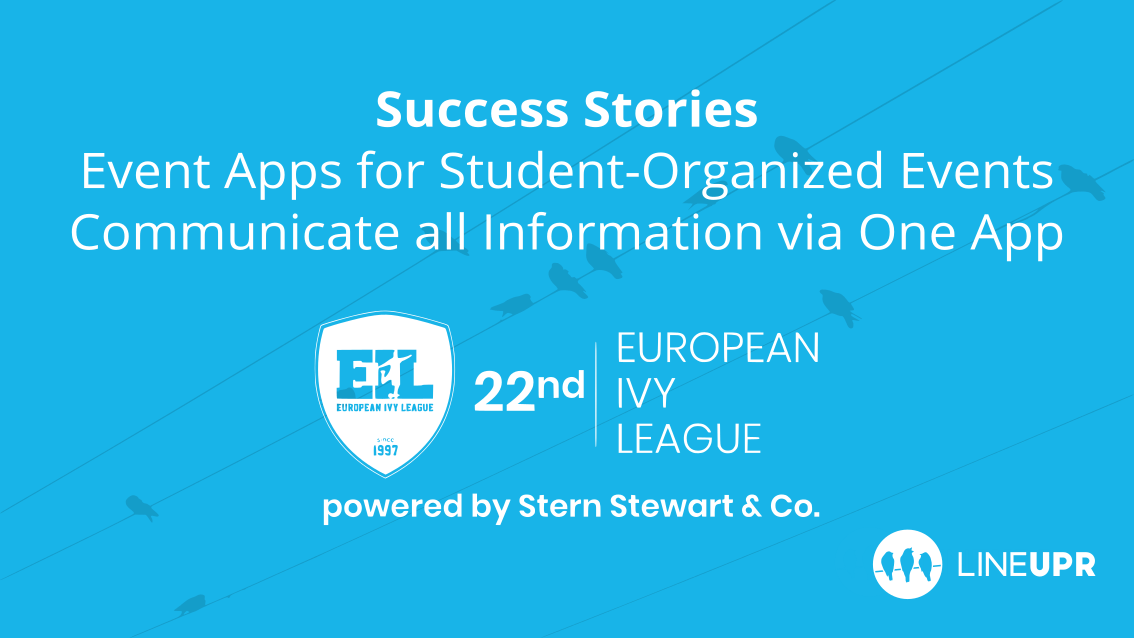 Most US sports enthusiasts can directly understand the term Ivy League. For most types of sports, it is the league of elite universities in the northeastern United States. But there is also a spinoff of it in Germany. Every year students of the HHL organize the European Ivy League. This weekend in Leipzig is all about business and football.

We interviewed Hendrik Achilles, one of the organizers, today. He will tell us more about the Ivy League, the added value that using an event app brings and how exactly they will go forward.

LineUpr: Hello Hendrik. Thank you for taking the time to do this interview. Please introduce yourself and the European Ivy League.

Hendrik: The European Ivy League is an initiative of the Handelshochschule Leipzig (HHL), which has been organized exclusively by students since its founding in 1997. The three-day event combines sports and business and, with 250 participants from all over Europe, it is one of HHL’s most well-known and traditional events. The European Ivy League starts with exciting corporate workshops from well-known industrial and consulting companies and continues with a thrilling football tournament for individual students, alumni and companies on the second day. The event is rounded off with a kicker tournament, the graduation party and brunch the next morning.

I, myself, started my studies at the Handelshochschule Leipzig in September 2017 and was able to accompany and support the event in all areas and tasks as the “Head of Initiative”.

LineUpr: How much time and work do you spend on the planning of the Ivy League on average?

Hendrik: The European Ivy League takes place every year at Pentecost. In total, 6 different event locations are visited over the weekend, including the Beyerhaus – where all participants can watch the final match of the DFB Cup – and Soccerworld, where the football tournament takes place. All in all, the event is planned by about 12 motivated students for roughly eight months, as the high number of participants and the coordination and preparation of a large number of event locations means that a considerable amount of work has to be done. However, I can say with certainty that we as a project team have never forgotten the fun and we always like to think back to this time.

LineUpr: What makes your event special? What added value do you offer the participants?

Hendrik: Of course, the European Ivy League is a weekend full of fun and excitement, but at the same time our event also offers students the opportunity to make valuable contacts with well-known companies. Last year, the consulting firm SternStewart & Co. was, among others, represented with an exclusive workshop. Selected students were allowed to solve a case challenge in teams and finally present it to the consultants and with a convincing performance they received a recommendation for an internship. Since the programme had a well-functioning workshop for the first time this year, we want to further expand this format next year, if possible.

LineUpr: You’ve used LineUpr now for the second time, what was the decisive argument for you to use an event app?

Hendrik: To put it succinctly and concisely: the rapid transfer of information. The app has enabled us to provide all information about the event such as locations, date, time or even the rules for the football tournament collectively through one channel to all participants. Therefore, for example, even short-term changes could be made without this being connected to a high organizational effort.

The LineUpr app was a central component of our communication.

LineUpr: How did you use the app before, during and after the Ivy League?

Hendrik: The LineUpr app was a central component of our communication, as we were able to provide the information bundled to the participants. Thus, the entire external communication was significantly simplified for us.

Already in advance of the event, we informed all participants by e-mail about the course of the weekend, the hotel allocation and the likes. This included the link to the LineUpr app. We asked all participants to download the app in advance, but of course, we also provided QR codes during the event, so the app and the possibility to download it was always present. During the European Ivy League, we used it to vote, share playing times during the tournament, and finally for feedback. This was particularly helpful because the participants were able to share their feedback directly through the app during and after the event, so we were able to react very spontaneously to feedback.

LineUpr: How did your students react to the app?

Hendrik: We had already discussed an event app internally in advance and agreed that it makes a lot of sense for our event. As we were made to understand, most students downloaded and actively used the LineUpr app. The feedback we got for using the app was consistently positive, ranging from “super intuitive” and “very easy to use” to “very vivid visualization”. From the organizational side, we can only confirm this feedback because the creation of the event was very intuitive and did not require any large additional time expenditure. 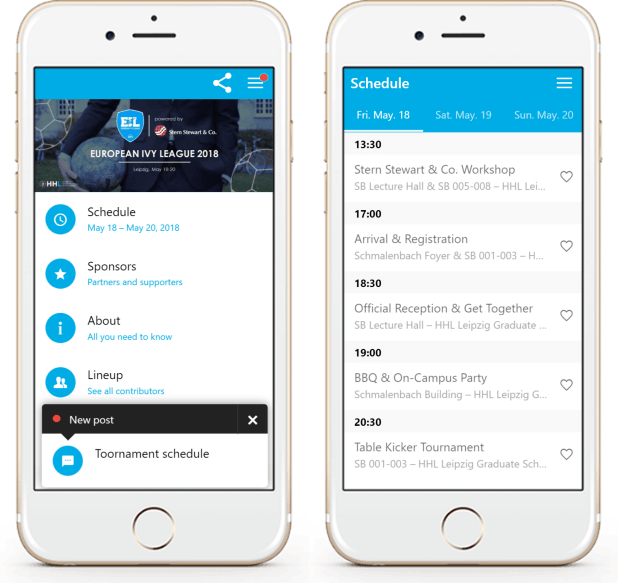 LineUpr: Is there a crazy story about the last Ivy League that you would like to share with us?

Hendrik: Contrary to expectations, the European Ivy League is not just a student event for students. Both professors and alumni, who work for the various sponsors, like to come back to HHL every year. Especially noteworthy here is the common togetherness when playing football or “celebrating” with the professors, who you can get to know from a completely different perspective because, of course, during the semester we have a different relationship with them. You can cheer to exciting weeks with the professors and alumni, or simply find common interests for which there is simply no time during lectures.

… for questions or problems simply contact the LineUpr team.

LineUpr: Which three top tips for the use of LineUpr would you like to give other organizers on the way?

Hendrik: My first tip is to create the event in the LineUpr app as early as possible. This way, all participants can already deal with it in detail and there is less organizational effort for the team.

My second tip is to actively use the LineUpr app – both before and during the event because it saves you a lot of work and, for example, makes it much easier to organize polls.

My third tip is to simply contact the LineUpr team if you have any questions or problems. They are always helpful and usually already directly have a solution prepared, so that – even if shortly before the event something doesn’t work – you don’t have to worry.

LineUpr: Thank you for the great interview, Hendrik. You have really given us a very good insight into the event. Volunteer events always have their unique charm. More information about the European Ivy League can be found on their homepage or Instagram.

We look forward to the next edition in 2019 and how we can support you there again. 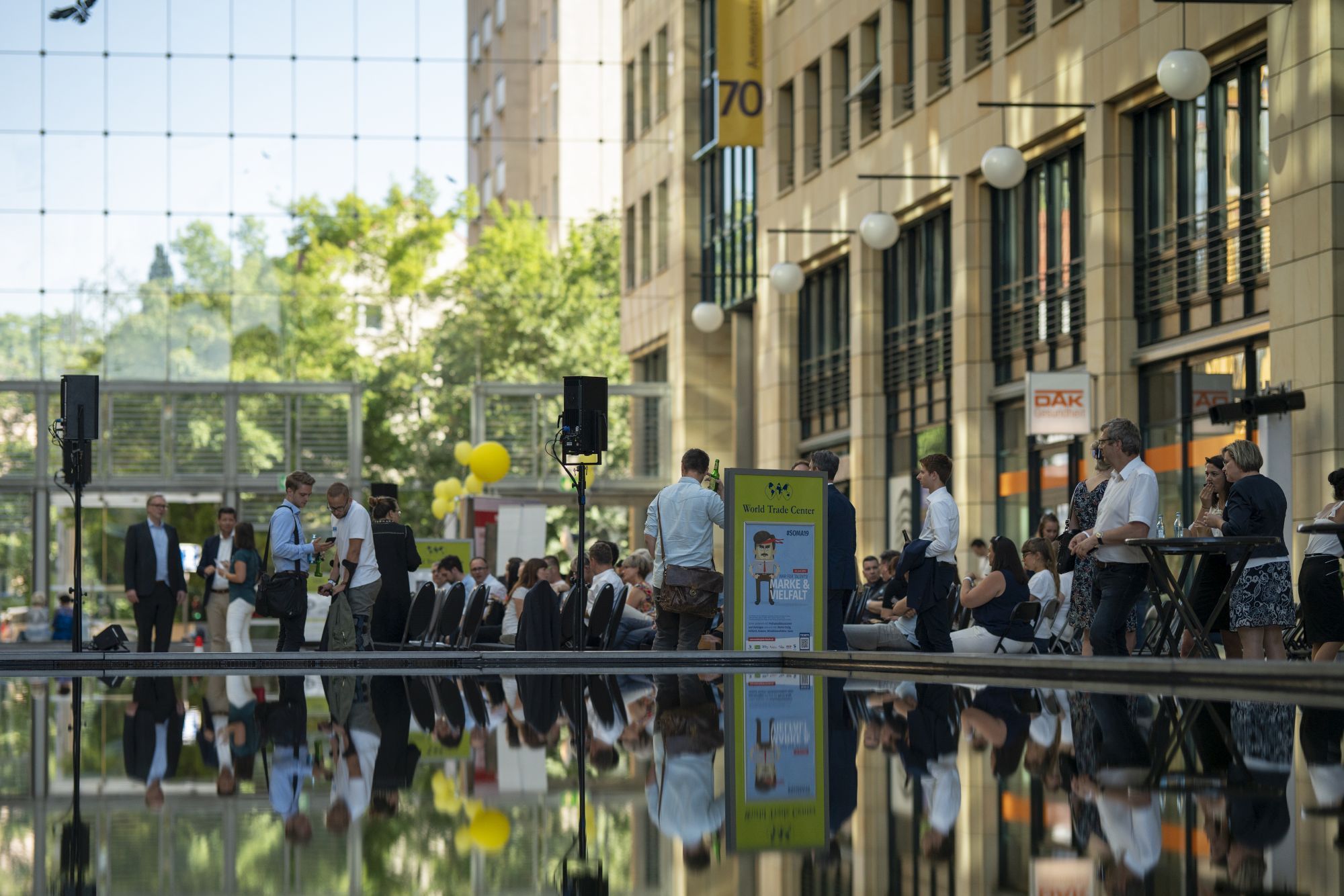 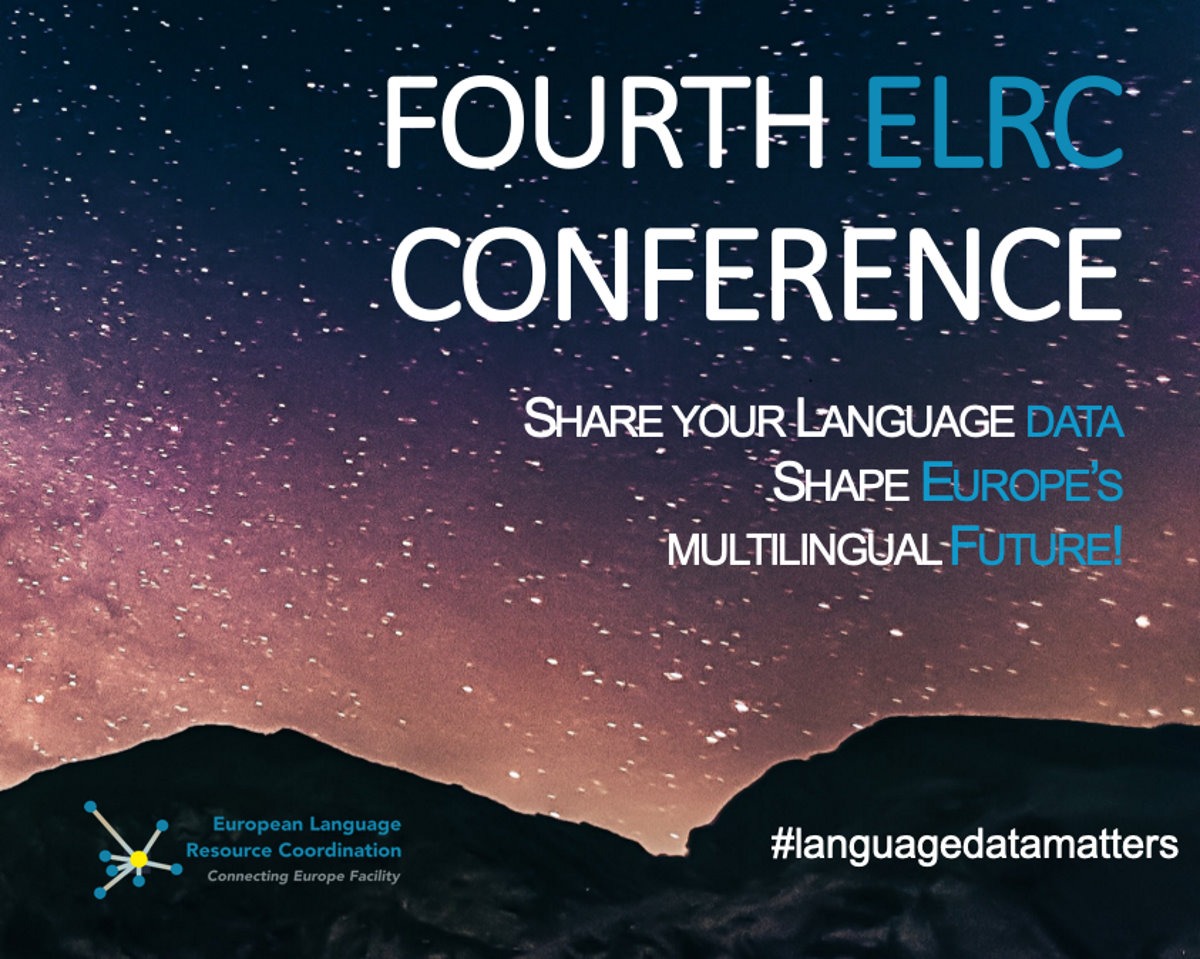 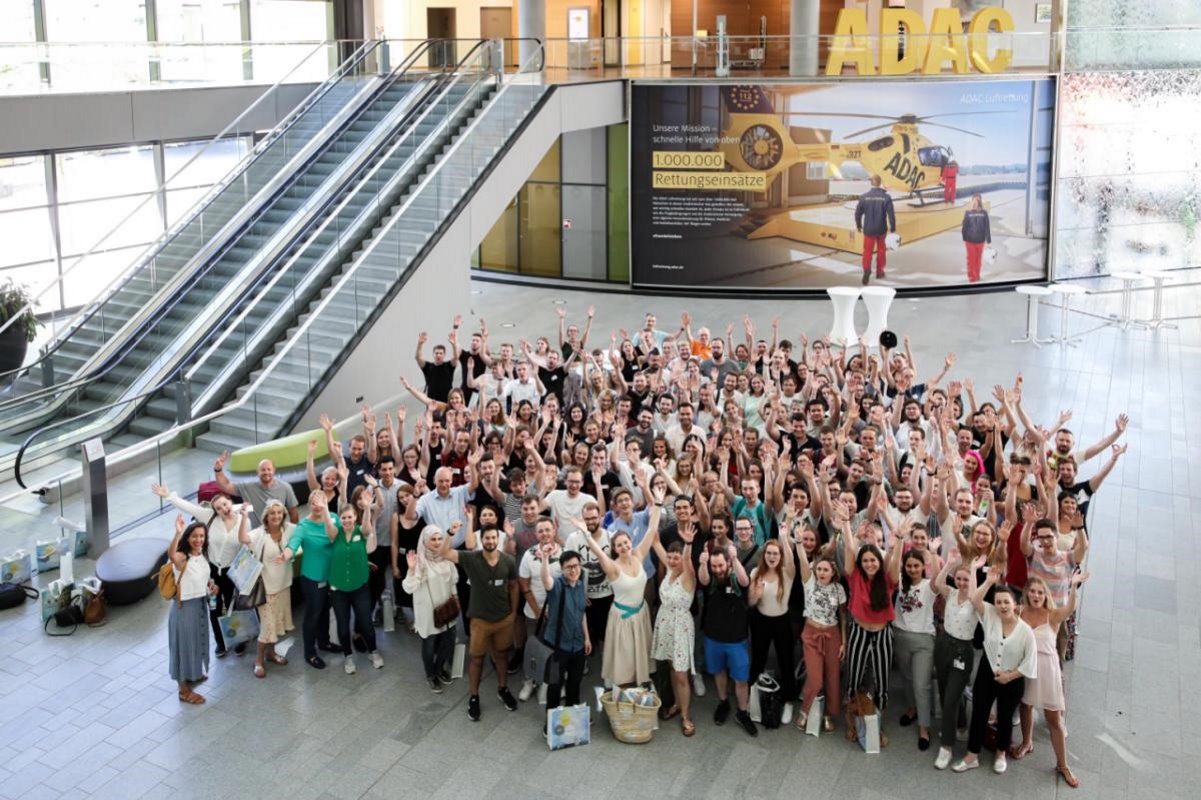